Riley’s Meats Seasoning Company has nearly a 90-year historical legacy of providing customers with delicious and savory seasonings, uniquely blended like no other brand. The unique tastes of our seasonings, originally blended for meats, meanwhile are used on countless other food items as well, never fail to satisfy our customers. We trust you will love our seasonings as much as our cherished customers currently do in over 25 states and two countries.

The Company's legacy began in 1929, the same year the great depression started, when Dan Riley Sr., the son of Irish immigrants, opened his meat market in Butte, Montana at the age of 24. Having learned the business by working in markets from a young age, both in Butte and San Francisco, Dan Sr. understood that seasoning was a very important part of making his new business a success. These early years of accommodating a wide range of tastes desired by “old country” immigrants from Europe and Asia gave the family a strong foundation in the seasoning business and a successful start even during the great depression. 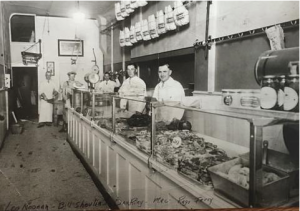 Dan Sr. passed this knowledge on to his son, Dan Jr., who worked for his dad from a very young age and eventually took over the family business. Dan Jr. modernized the seasonings as times changed from “old country” tastes to modern “suburbia” style tastes desired by his customers. During the second generation of business, Dan Jr. expanded the company to have more of a commercial and wholesale customers base. 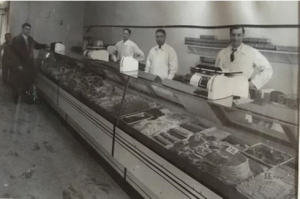 Similar to the second generation transition, Dan Jr. passed on the family’s seasoning knowledge to his son Bart. As Bart took over, he continued the growth of the family business.  During this chapter, Bart also incorporated making sausage, jerky, salami and kielbasa by utilizing the family’s long history and knowledge of proper seasoning ingredients to satisfy his customers

The current chapter of the long family business has Riley’s Meats Seasoning Company continuing the family focus of supplying both private and commercial customers with our special blends of seasoning. Riley’s Meats Seasoning Company LLC. was spun off as a separate company from Riley’s Meats Inc. by Bart and his brother Jeff. The family business has also reached the pivotal fourth generation milestone of the Riley family involvement with seasonings, as Bart’s daughter, Julia, (Dan Sr.’s great granddaughter) joins the company. As the company reached its fourth generation, you can be assured the Riley family will continue the long historical legacy of providing our ever growing customer base with unique tasting seasoning blends which you will find savory and delicious like no other brand. 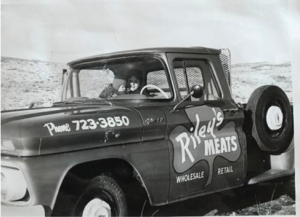